Click here to make a donation to Elizabeth's Fundraising Campaign

Since losing Nicholas one of her twin sons to suicide at the age of 27 in 2004 Elizabeth Burton-Phillips now dedicates all her time to raising awareness of the impact of drug of addiction on families and significant other to ensure that those affected by someone’s substance use receive adequate and timely support. 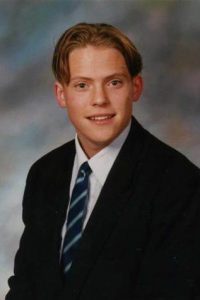 Elizabeth is perhaps best known as the author of ‘Mum, can you lend me twenty quid? What drugs did to my family’ a story that has now been read by thousands of people in the UK and translated into six languages. The book describes how an ordinary family was devastated by drug addiction which drove her twin son Nick to end his life in 2004, aged just 27. 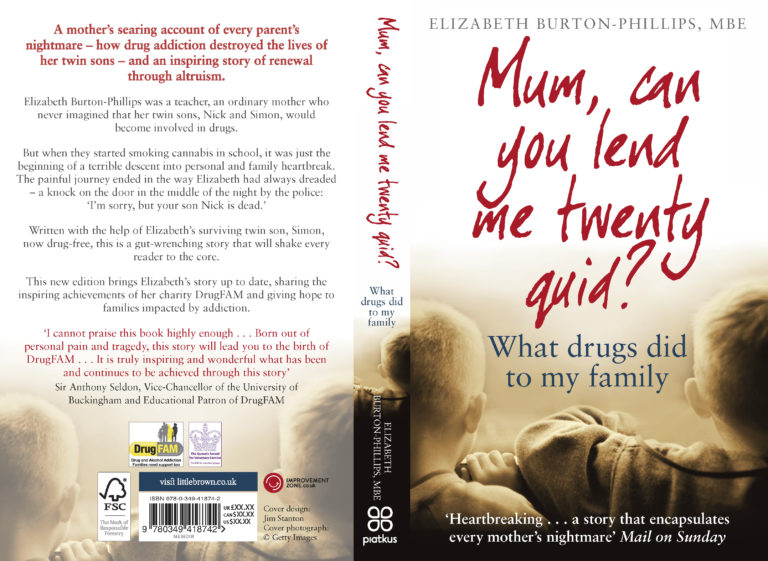 Following Nick’s tragic death, Elizabeth has campaigned continuously to raise awareness of the harm caused to families by drug addiction and to influence policy and practice so that the needs of families are better recognised and met. Elizabeth founded the charity DrugFAM in 2006, which now helps thousands of people who are affected by someone’s substance or gambling use, including those who have been bereaved by addiction. The charity is open seven days a week from 9-9pm via its helpline 0300 888 3853. She speaks publicly on behalf of the charity in schools, prisons, rehabs and numerous conferences all over the UK and beyond.

Elizabeth was co-opted on to the government’s Advisory Committee on the Misuse of Drugs New Recovery Committee in 2012-2015 and is currently advisor to a number of organisations. She has contributed to research by the Universities of Bath and Sterling which has produced new guidelines for professionals working with those bereaved by substance use.

Over the last 16 years Elizabeth has delivered over 1000 lectures and key note speeches to clinicians, practitioners and other stakeholders at schools, prisons, and conference events across the globe. Nearer to home.

Elizabeth was nominated as a Woman of Achievement in the Women of the Year Lunch Awards from 2009-2012 and her courage and determination to support families continues to be acknowledged around the world.

In May 2017 her charity was awarded the Queen’s Award for Voluntary Service. 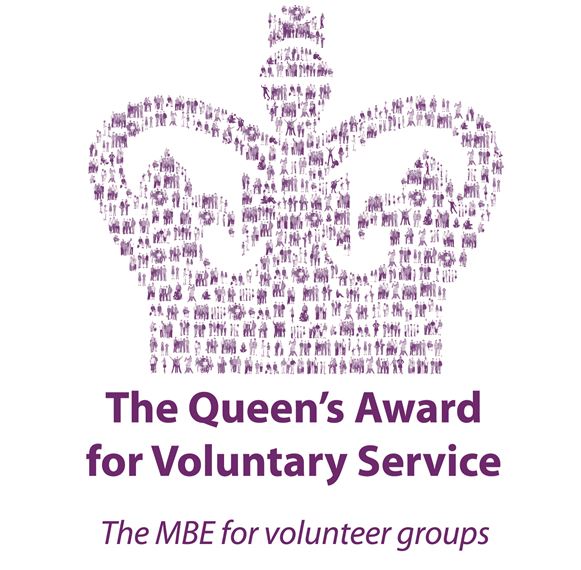 In June 2017 Elizabeth was awarded an MBE in 2017 Queen’s Birthday Honours List for ‘services to people who experience drug addiction and their families’ This award is given by the Queen to an individual for outstanding service to the community. The MBE is in recognition of her unwavering and tireless contributions to raise awareness of the impact of drug. This was presented to her by Princes Charles in Dec 2019. 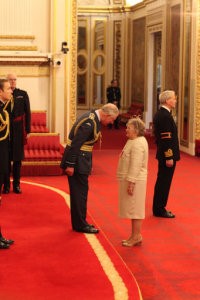 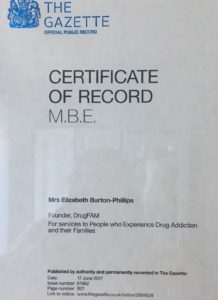 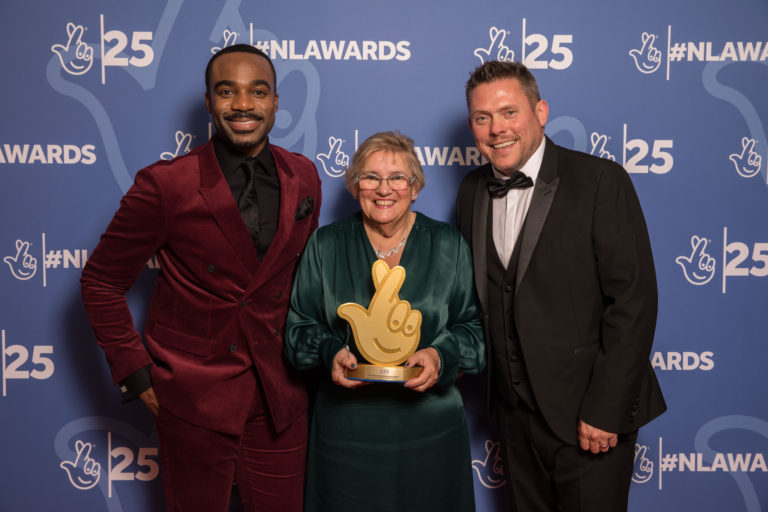 Since 2017 A brand new one-hour Theatre in Education drama has been written and produced by It is What it is Productions which is in great demand and is performed in schools, rehabs, prisons, corporates and the wider community to show the impact of addiction on the family. Just three actors are involved making the play very dynamic and interactive from the original performed from 2011-2017 with a larger cast. Recovery for families is its key message. You can view our ‘Play’ section here.

In March 2020 ‘Inseparable’ was launched by Amazon Audible. This is a ten part 30-minute radio drama with the actress Emelia Fox narrating the story and playing the part of Elizabeth. Other well-known actors are also involved. Elizabeth and Emelia have met and get on extremity well. Emelia is passionate about supporting the work DrugFAM does – see attached flyer. 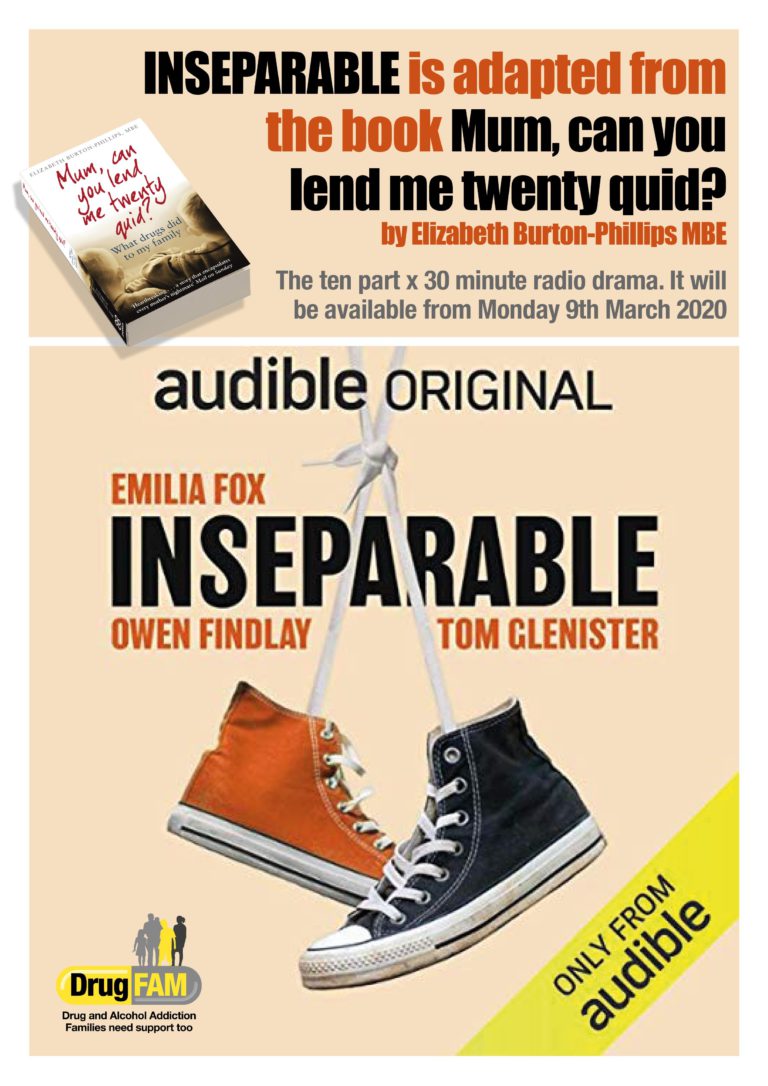 Elizabeth has now recorded her book reading ‘Mum, can you lend me twenty quid? What drugs did to my family’ for Amazon Audible and this is due to be released on 27th November 2020. She will begin writing the sequel to her book in January 2021.

Elizabeth remains an active support group facilitator in her full time role as a volunteer. She plans and organises the DrugFAM Annual Bereavement Conference which takes place every October.

The audible version of ‘Mum, Can You Lend Me Twenty Quid? What Drugs did to my Family’ is released  Friday 27th Nov 2020 and is available for pre-order now!

Get your copy now!

We provide a lifeline of safe and caring support to families, friends and partners affected by someone else’s drug or alcohol use.